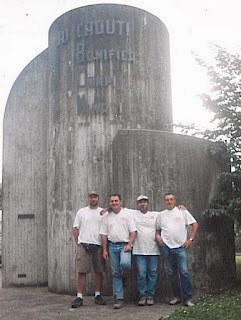 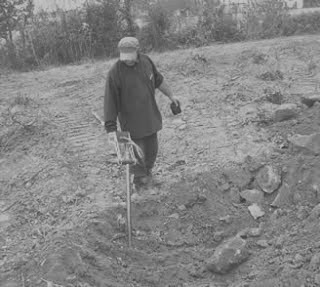 di  B. Chen
Police officers stopped traffic in the town area for nearly an hour yesterday around noon to assess the condition of an unexploded 60mm mortar round that found its way onto the Fono lawn.

DPS Office of Highway Safety program coordinator Fred Scanlan, a retired military serviceman with experience in handling explosives arrived at the scene and conducted an assessment of the ordnance that he said was left behind from the World War II period.

Scanlan told Samoa News yesterday he assessed the mortar round and discovered that it was in a corroded state, meaning it was safe for him to handle it, secure it, and move it to an undisclosed location. He said an evacuation of the area was not necessary.

According to Scanlan, the ordnance is one of many that are just “laying around” the territory. “There are different types of mortar rounds that are scattered all over the island, things that were left behind from the World War II era.”

Currently, there are no bomb technicians on island, only military retirees who are experienced in handling explosives and specialize in the field.

Scanlan said this is not the first encounter he has had in handling unexploded mortar rounds, and the last time he found something similar was last year.

So how exactly did the mortar round end up on the Fono grounds?

Samoa News understands that some individuals who were cleaning up the nearby stream found the explosive and thought it was just a piece of metal so they tossed it onto the lawn. But others who were skeptical weren’t so sure, hence the call to law enforcement officers and the subsequent response.

Scanlan said in cases like this, the explosive is usually discarded but he cannot reveal any details as far as location. He said things like this are usually handled locally but military bases in the Aloha State will be contacted for assistance if the situation cannot be handled locally.
Fonte:
http://www.samoanews.com/?q=node/77722&quicktabs_3=1