State Police Tip: If You Think It Could Blow Up, ‘Just Leave It Where It Is’

It seems so obvious, it should go without saying. But people do the darndest things. So the Michigan State Police use a fresh example to restate that bringing something potentially explosive to a police station is a bad move. Call, don’t carry — that’s the safety lesson prompted by a Redford man’s whoa now delivery of an unexploded artillery shell to township police Monday. The old munition was inert, a regional bomb squad team determined. State police disposal experts then went to the resident’s home and — whoa now again — found 29 live and harmless explosive devices, Charles Ramirez recounts in The Detroit News: State police said five of the items the bomb squad found were considered live. The items ranged from rocket propelled grenades and .50 cal armor-piercing rounds. In addition, hundreds of rounds of small arms ammunition were found. Officials urge people to not drive something they believe is an old explosive to the local police station, state police post or fire department. “Just leave it where it is and call the police or fire department and we will come to you,” officials said in a tweet. “It’s a lot safer for all of us that way.” There’s no word on why military-style munitions were at a suburban home or how they got there. The collector isn’t identified. 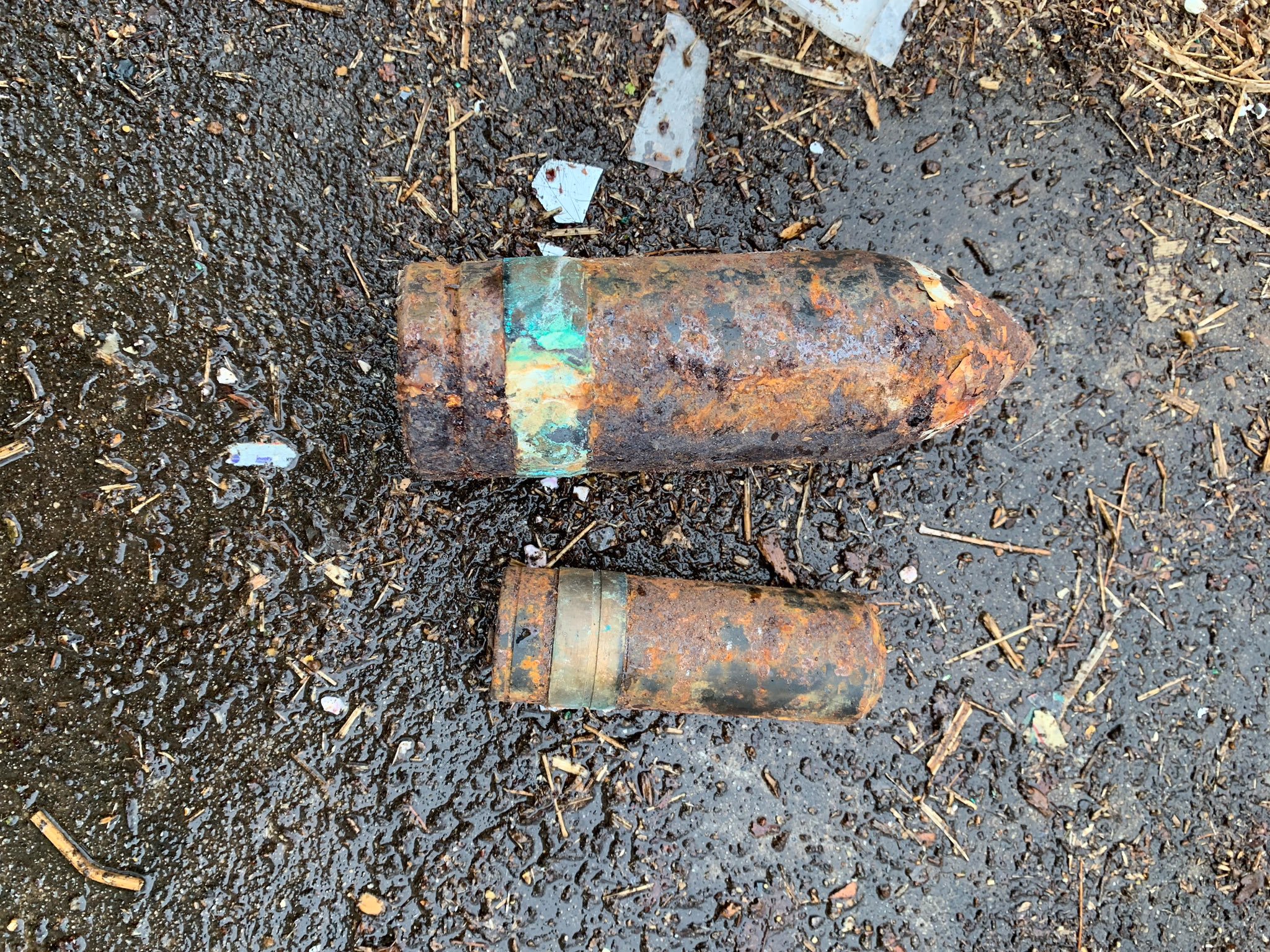