BRUNSWICK COUNTY, NC (WWAY) — The Bureau of Alcohol, Tobacco, Firearms, and Explosives is continuing its search for grenades sold at a Shallotte business, announcing Thursday that one killed a teen in Virginia. The ATF says the explosion happened in Abingdon, Virginia near the North Carolina border on December 23. The bureau is not releasing any details on the victim or who purchased the grenade. They say it was sold at the Fancy Flea Market in Shallotte in June 2020. ATF spokesman Corey Ray says the World War II era MK2 grenade was thought to be inert. “These items are sold to collectors, to history buffs,” Ray said. They are considered inert, and in this case we’ve always considered the buyer and seller assumed that this was a nonfunctioning device.” So how did a live grenade turn up for sale in an antique store? For that we turned to Bob Morhard, an explosives expert in Southport with 47 years of experience. “My job has taken me to 104 countries and over 700 different explosives factories,” Morhard said. Morhard says he’s demilitarized many explosives over the years, and says it’s not easy for a civilian to come by a live military grenade. “If it was somebody’s souvenir and they found it in grandpa’s box, that’s usually how it happens,” he said. “Soldiers bring them home.” He says the blast from a grenade like the one sold in Brunswick County can be quite deadly. “In a five meter zone, what’s that approximately 16 feet, it’s lethal,” Morhard said. “If you’re in that zone and wide open, you’re going to die.” Morhard says there’s a pretty easy way to tell if a grenade is live or not. “If you were in that store and you unscrewed the fuse, m204, you would see that it’s empty,” he said. “If it’s actually demilitarized it had a hole in it.” The ATF says they want the public to take this search seriously. They say there could be multiple grenades out there, likely sold in the month of June 2020. “Anyone that made a purchase of a grenade or similar item can contact us and we can take a look at it,” Ray said. ATF is asking for anyone who visited Shallotte, near the Ocean Isle Beach and Holden Beach area, and purchased an “inert” grenade from the Fancy Flea Antique Mall in June 2020 to contact the Charlotte Field Division at 704-716-1800 or the Washington Field Division at 202-648-8010. Information can also be provided to ATF by calling 1-800-ATF-TIPS (800-283-8477), or by email at ATFTips@atf.gov, or through the ReportIt ® app. 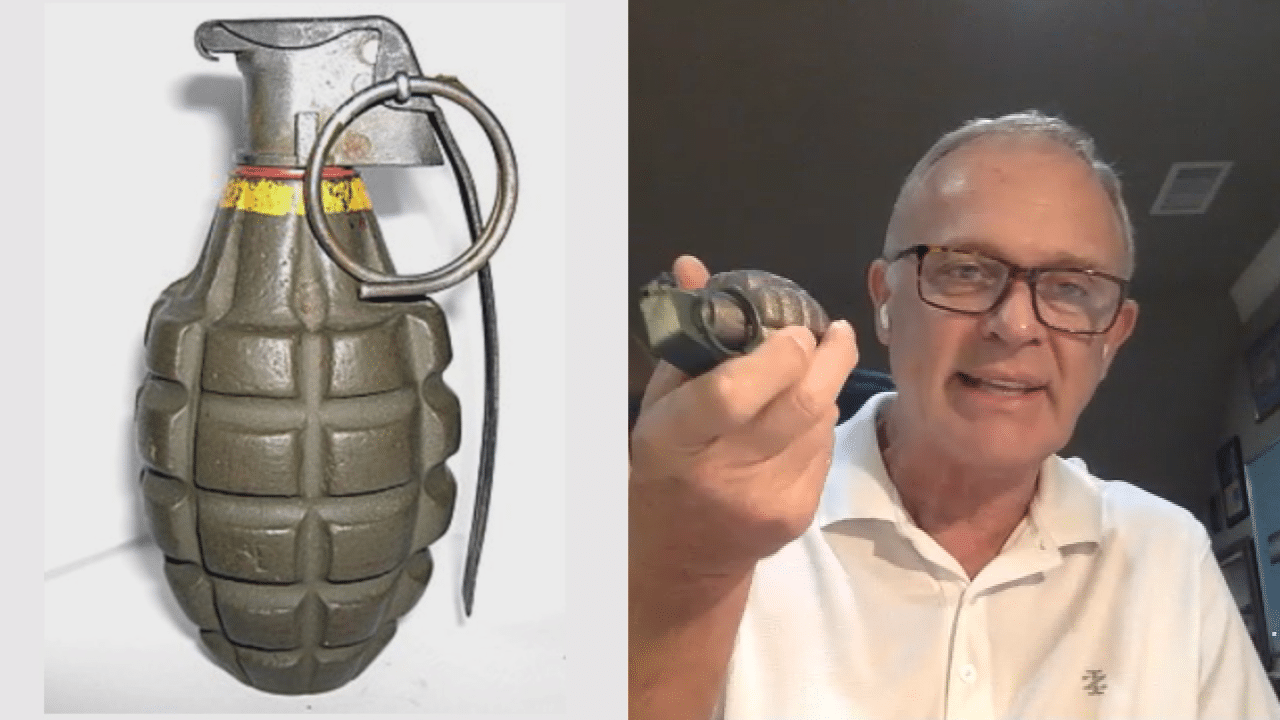