The child Muhammad Mahmoud al Damour, Mahmoud Khaled al Damour and Khaled Ahmad al Qaddour were killed on August 20, 2020, when a landmine of so-far unknown origin exploded while they were in a farmland located between Kafranbel city and Kansafra village in the southern suburbs of Idlib governorate while their bodies were discovered on August 21, 2020, after they had been reported as being lost after the explosion. SNHR is still trying to contact witnesses to obtain more details of the incident. 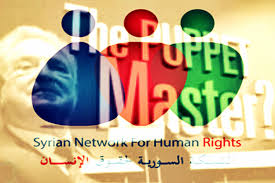