UN High Commissioner for Human Rights, Michelle Bachelet, expressed serious concerns about continuing human rights violations and abuses and a sharp rise in killings of civilians across Syria, saying “the deteriorating situation is a ticking time-bomb that must not be ignored.” “We are receiving more reports every day of targeted killings and bombings from one end of the country to the other, with many such attacks taking place in populated areas. Various parties to the conflict in Syria, including ISIL, appear to view the global focus on the COVID-19 pandemic as an opportunity to regroup and inflict violence on the population”,  she said. In April, the UN Human Rights Office documented at least 35 civilian deaths due to attacks involving improvised explosive devices (IEDs), compared to seven the previous month. Since the start of March, there have been a total of 33 IED attacks, 26 of which took place in residential neighbourhoods, while seven other attacks hit markets. Nearly all of these attacks have occurred in northern and eastern parts of the country under the control of Turkish armed forces and affiliated armed groups, or of the opposing Kurdish-led Syrian Democratic Forces (SDF). In one of the deadliest attacks in recent months, 51 people – of whom at least 29 were civilians – were killed on 28 April when a fuel truck exploded in a market in the north-western city of Afrin. In most cases, no one has claimed responsibility for these attacks. In the government-controlled Dar’a Governorate in southern Syria, the UN Human Rights Office has documented 52 incidents of apparently targeted killings since the start of March, resulting in the deaths of 17 civilians. In one attack on 4 April, former armed group members abducted and killed nine police officers in the town of al-Muzairib in western rural Dar’a. And in the past two weeks, ISIL has claimed responsibility for three attacks in the area. “Syria has been wracked by violence for nearly a decade resulting in the deaths of hundreds of thousands of people, and displacement of millions. Countless families have been traumatised, and numerous cities, towns, villages and individual homes have been destroyed”, Bachelet said. “If the current patterns of violations and abuses continue to spread and escalate, there is a risk the country will enter another spiral of extreme and wide-spread violence committed with impunity by all parties to the conflict.”  A ceasefire in the north-western province of Idlib, brokered by Turkey and Russia, who support opposing sides in the conflict, is generally still holding, although intermittent clashes and ground-based strikes between pro-government forces and armed groups continue to be reported in western rural Aleppo and southern rural Idlib. The UN human rights chief also expressed alarm at the number of deaths and injuries caused by explosive remnants of war such as landmines and other forms of unexploded ordnance. Since the start of March, there have been 41 such incidents, resulting in the deaths of 29 civilians. The High Commissioner echoed calls by the UN Secretary General for a global ceasefire, and urged all parties to the various conflicts in Syria to abide by the call. “The protection of civilian life is paramount, and the blatant disregard for civilian safety runs contrary to the obligations that all parties must uphold under international humanitarian law and international human rights law”, Bachelet said. “I urge all those continuing to fight, kill and displace the battered and beleaguered Syrian people to step back, and give peace a chance.”* Office of the High Commissioner for Human Rights https://www.ohchr.org/EN/Pages/Home.aspx 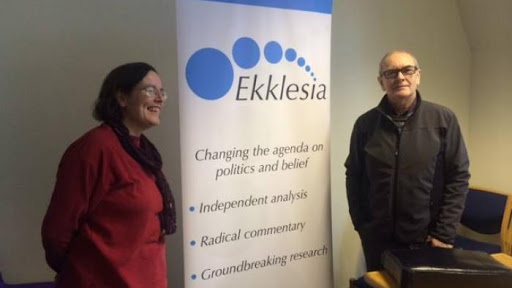