One dead, two hurt in landmine explosion in Kachin State

The victim has been identified as Daw Lasi Lu, 48, from Madu Village, Momauk Township. She was on her way to a nearby jungle to collect vegetables when she stepped on a mine, triggering an explosion. Two other women — Daw Lasi Khun, 52, and Daw Su Sana, 48 — from the same village were injured in the blast and taken to the Bhamo Township Military Hospital by soldiers from a local battalion. 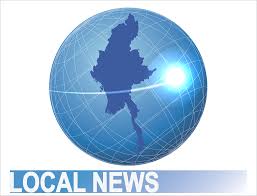