landmine exploded on the edge of Dalha village

Meanwhile, a civilian was shot dead on Wednesday while attempting to leave the city. Another civilian was killed when a landmine exploded on the edge of Dalha village while he was trying to escape from the village witnessing clashes between ISIS the SDF militias after a counter-attack was waged by ISIS in which the group reclaimed parts of the village. 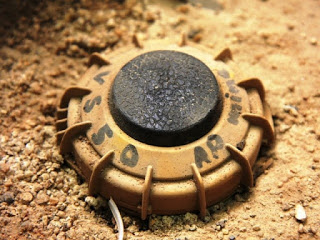