Hand grenades found under every pillow in village in Kharkiv Oblast, sappers report

Demining continues in the de-occupied territories of the north of Kharkiv Oblast. Russian troops mined houses and schools. Sappers of the National Guard neutralized more than a thousand explosive devices, National Guard of Ukraine informed. It is noted that the sappers are currently focused on demining roads, roadsides, residential buildings, state and public institutions, schools and kindergartens. “During demining of the Makariv school, a sapper was killed. The school was completely mined – doors, windows, classrooms, playground,” the commander of the demining group says. Russian occupiers widely used a variety of munitions and mine methods in defiance of the provisions of the Geneva Convention. In Kozacha Lopan, hand grenades were found under almost every pillow, the guardsmen said. Sappers work in Zolochiv, Derhachyv and Kharkiv districts, which were liberated from the Russian occupation forces two weeks ago. Makarove, Turove, Dementiivka, Udy and Hoptivka are among the most mined settlements. Explosive objects such as cluster ammunition of the Smerch and Uragan MLRS, artillery shells, rounds for grenade launchers, hand grenades, anti-personnel and anti-tank mines were neutralized. Landmines, unexploded ordnance, and explosive devices pose a danger to civilians, but civilians often ignore warning signs and blow themselves up as they drive at their own risk through mined terrain, dirt roads, forests, and forest strips. Engineers of the National Guard in the liberated border areas work together with units of the State Emergency Service and the Armed Forces. According to the sappers themselves, one day of active hostilities is equivalent to a month of demining. 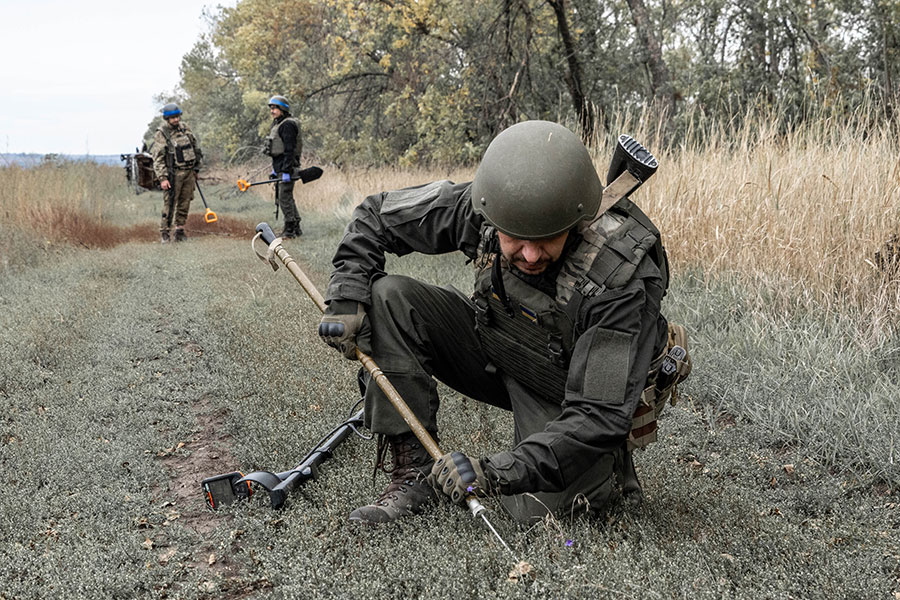