Civilian Casualties Increasing in Yemen’s Hudaydah Due to Landmines: UN

The UN Mission to Support the Hudaydah Agreement (UNMHA) reported on Monday that landmines and explosive ordnance continued to kill and injure civilians in the impoverished Arab country’s Red Sea port city of Hudaydah. “Since the shift of the frontlines on Nov. 12, 2021, 242 civilian casualties consisting of 101 deaths and 141 injuries, have been reported in Hudaydah due to landmines and other explosive remnants of war (ERW),” UNMHA said in a press statement. In the past three days alone, the UN mission said, 15 landmine and ERW casualties, including the death of a child and the injury of 12 other children, were recorded. The regrettable toll serves as a reminder of the devastating impact that war remnants have on the civilian population of the governorate, it added. UNMHA reiterated its call for urgent and concrete measures to clear contaminated areas in the governorate. The mission remains committed to supporting the parties and providing coordination and technical support for mine action, including support to landmine and ERW risk education and awareness. Previous reports by humanitarian organizations said Yemen had become one of the largest landmine battlefields in the world since World War II. The Saudi coalition invaded Yemen in March 2015 to return a Riyadh-friendly government back to power. It has fallen short of the objective so far while killing around 13,000 Yemenis and creating the world’s worst humanitarian crisis. The United Nations-mediated ceasefire came into force on April 2, and has been extended twice ever since. Many reports, though, have blamed the invading coalition for numerous violations of the agreement. The Yemen Executive Mine Action Centre (YEMAC), a human rights body based in the capital Sana’a, said last week that Yemen was in need of proper supplies that could help it carry out bomb disposal operations throughout the country. The truce has ordered that the Yemeni authorities be provided with the required means that could help them dig up the unexploded devices. The Saudi-led coalition was, however, preventing their provision amid an all-out siege that it has been enforcing on Yemen since starting the war in 2015, the report added. As part of its efforts to implement the siege, the Saudi-led coalition has been preventing the country from exporting its oil, despite Sana’a’s heavy dependence on crude sales’ revenues. Yemeni officials say the coalition has so far impounded at least 12 tankers laden with overseas-bound oil. The Saudi-led coalition has also been found culpable for destroying thousands of water provision facilities, including dams, and contaminating Yemen’s water supplies. Last month, Abdul Karim al-Safiani, deputy director of Yemen’s Water Resource Organization, said he had discovered high levels of radioactive substances and toxic metals in freshwater resources in Yemen’s maritime province of al-Hudaydah.

Dear editors, Biography of a bomb is aimed at highlighting the danger caused by unexploded bombs. Moreover, the most important aspect is that we work completely non profit, raising awerness about this topic is what drives us. We apologize if we make use of pictures in yours articles, but we need them to put a context in how findings are done. We will (and we always do) cite source and author of the picture. We thank you for your comprehension. 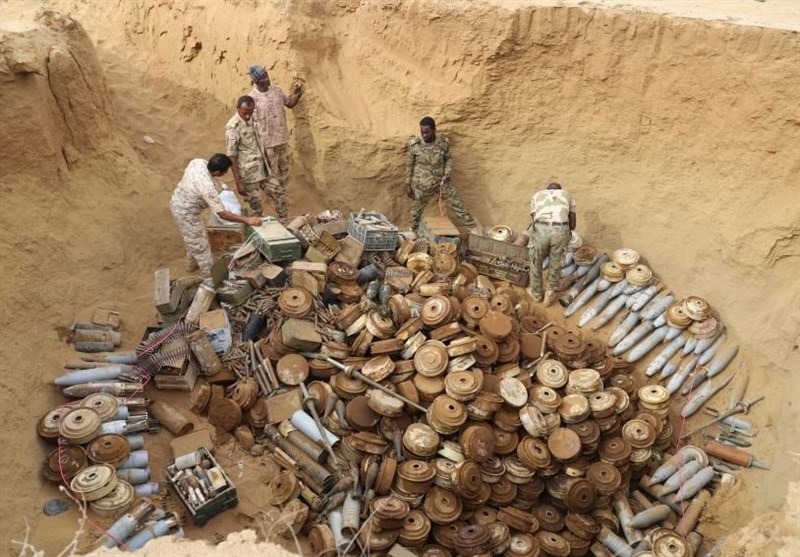