According to Klaus, there has been a variety of live ordnance discovered buried on Browns Island in the past, some of which was still considered live after a failure to detonate–the largest being a 500 pound bomb. Unexploded ordnance consisting of bombs, shells, grenades, landmines or naval mines that did not explode when they were employed still pose a risk of detonation, many decades after they were used or discarded. “Many types of UXO have very sensitive fusing after being fired,” said Sgt. Lawrence J. Germuska, an explosive ordnance disposal technician with Headquarters and Support Battalion, Marine Corps Base Camp Lejeune. “Once it’s in the impact area, we don’t know (its) condition.” According to Germuska trespassers will anchor on or around Browns Island and walk around thinking that the signs represent the border, but this is not the case. The sand is constantly shifting and exposing UXO and even releasing it into the intercoastal waterway. 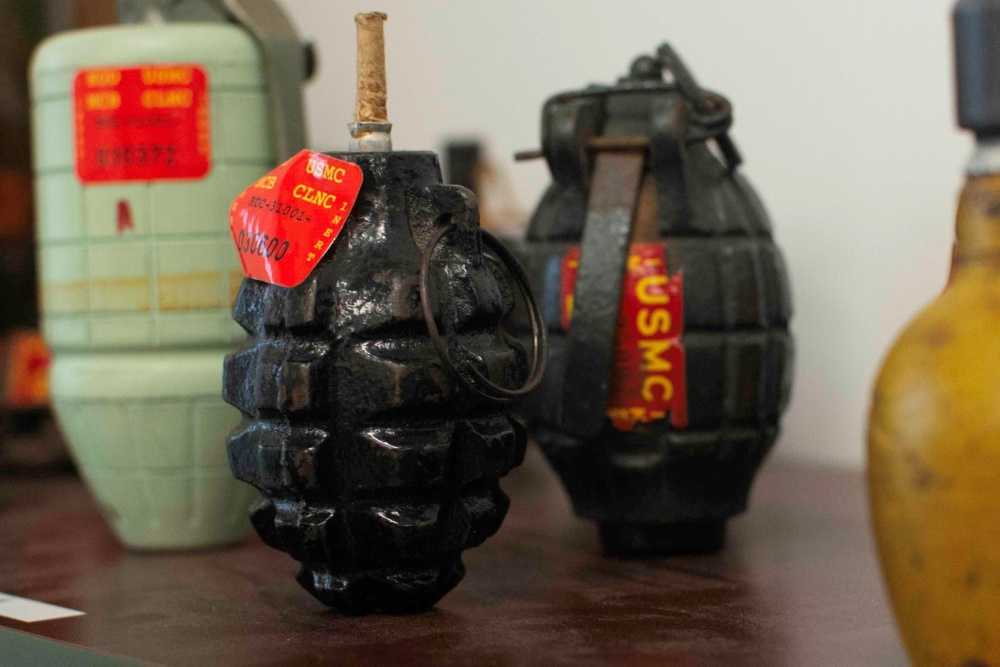