Be careful what you pick up at beach’ warns Coastguard

A COASTGUARD team is urging walkers to be careful on the beach if they find any suspected unexploded items.

Furness Coastguard has advised those who will be spending more time on the beach over Easter to be aware of what they could be picking up while walking on the sands. This comes after a number of explosive devices have been discovered on beaches in the area in recent months. In December last year, a bomb disposal squad had to be called to detonate a mortar shell which had been discovered at Birkrigg Common in Ulverston. A metal detectorist found the explosive device and took it home with him to Hazel Gill in Ormsgill. The man contacted police when he realised what it was he had discovered. The Bomb Disposal Unit was sent to the property and neighbours had to be evacuated in order to ensure their safety. The explosive was removed and safely detonated on Sandy Gap Beach on Walney the next morning. Another incident occurred in February. A bomb disposal team alongside the police and coastguard were called out to reports of an unexploded ordnance on the beach at Eskmeals. Millom Coastguard Rescue Team were called out to assist Cumbria Police in investigating the device. Members of the coastguard team then met with the police and Army EOD team to determine how to best deal with the device. Following X-Rays of the device, police said it was deemed not to be a threat to the public and was taken away for disposal. Furness Coastguard advised residents to be mindful of the dangers of picking up debris from the beach, and if anyone does find any suspicious items should not approach them but instead report them to the coastguard. A Furness Coastguard spokesman said: “With Easter rapidly approaching, and more people spending time on the beach, we felt it was wise to remind people of the dangers of picking up what appears to be harmless rubbish. “Many items of unexploded ordnance have been dealt with by our teams, in this area, over the years. “If you see anything that looks even slightly suspicious, do not approach it, or throw stones at it, just dial 999 and ask for Coastguard. “One of our teams will be sent to the scene to investigate and arrange for safe disposal.” For examples of suspected unexploded ordnance visit Furness Coastguard on Facebook. 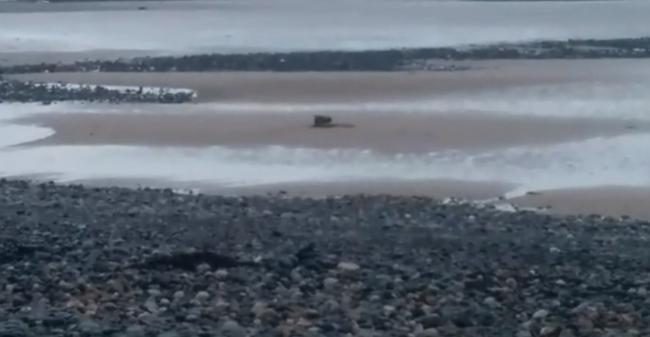