Wexford County-Manton. 9 maggio 2022 By latestnewsmedia_ekpt0e. At first, Eli Hesling thought it was a stick in the water. The 11-year-old was watching volunteers stock Lake Billings with rainbow trout two weekends ago for the annual Manton Fish Derby when he noticed the object near shore, submerged in less than a foot of water. Eli is home schooled and stays at the park with his parents, who are campground hosts, responsible for various duties around Lake Billings RV Park and Campground. Accustomed to helping his parents keep the park clean, Eli had been in the habit of picking up trash, debris and sticks off the beach of nearby Lake Billings. When he saw the cylindrical object that seemed out of place for its surroundings, without hesitation he trudged into the water to pull it out. Eli’s mother, Tiffany, said she remembers lightly chastising Eli about going into the ankle-deep water without first taking off his shoes. When he picked up the object, Eli said he was surprised by how heavy it was — much heavier than a stick. He pulled it out of the water and examined it, as did others who were there, including his uncle, who guessed that it could be an anchor of some type. The object is about 8 inches long and hollow, with something resembling fins or rudders on one end. It wasn’t until they cleaned the object off with a toothbrush that they noticed it was engraved with some letters and numbers: one side was engraved with “33041A1” and the other with “AN-MK43.” Tiffany said when they Googled “AN-MK43,” they quickly found out the mystery object was actually a “practice bomb” used by the U.S. military during World War II. According to a document on the US Army Corps of Engineers Fort Worth District website, these bombs were used for low-altitude horizontal, or dive-bombing practice. “The three bombs (AN-MK5, AN-MK23, and AN-MK43) are similar in physical appearance, but differ basically in the metal used to cast the body,” the document states. According to the University of Arizona Libraries, “each heavy, solid bomb body had a hole cored out that housed a specially made long blank shotgun shell which would fire a loud report when it struck the deck of the target ship.” While it was easy to figure out what the object is, how the bomb ended up in Lake Billings has been a much more difficult question to answer. Tiffany speculated it might have something to do with past military training operations at Camp Grayling. Manton Mayor Sam Cronkhite, who was there when Eli found the bomb, theorized that the object might have been unearthed a few years ago when the city dredged the bottom of the lake. Another theory proposed by Cronkhite was that someone might have stolen the bomb from the nearby military history museum and tossed it into the lake. However it ended up there, this wouldn’t be the first time that someone has uncovered one of these relics.

Dear editors, Biography of a bomb is aimed at highlighting the danger caused by unexploded bombs. Moreover, the most important aspect is that we work completely non profit, raising awerness about this topic is what drives us. We apologize if we make use of pictures in yours articles, but we need them to put a context in how findings are done. We will (and we always do) cite source and author of the picture. We thank you for your comprehension. 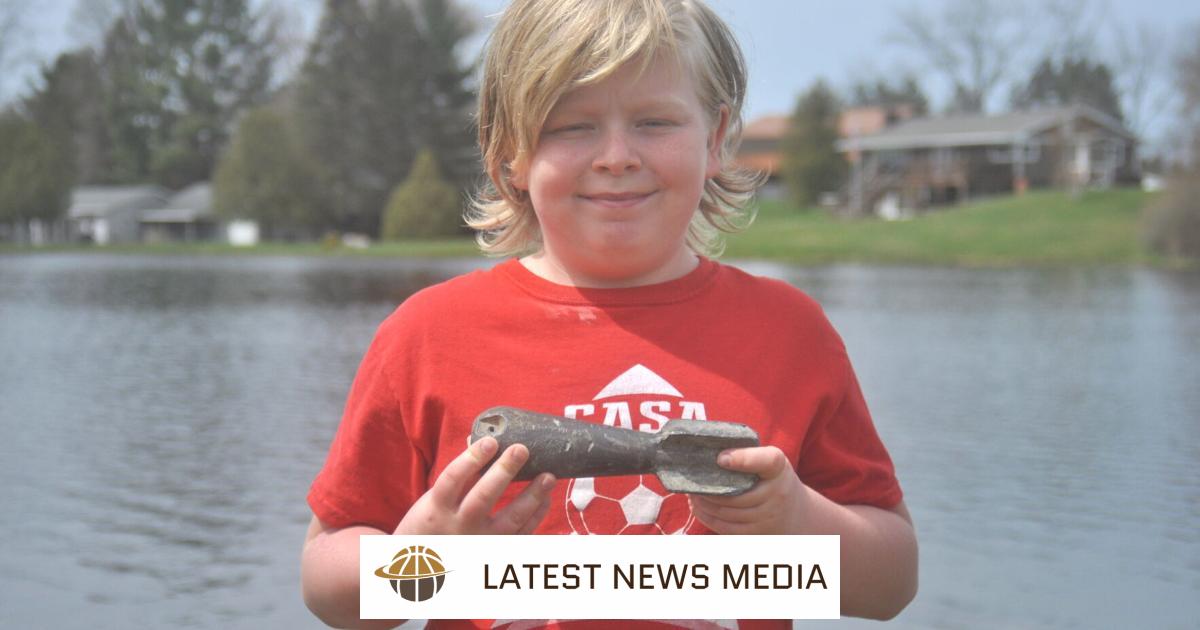